My Take On Home Schooling

This coronavirus (COVID-19) thing may have a silver lining.  Children being home schooled.

Two of my boys were mostly home schooled.  I was far from perfect at this and if I was going to do it again, I would certainly add some things.  Though, I think both are pretty happy with how it all turned out.

Here are the basic things that your children will need to carry them through.

A good friend worked in a retail store for years and was a supervisor to the cashiers.  The biggest issues with young people is that they didn’t know how to give change.  If the customer’s bill was $15.25 and the customer gave the cashier $20.25, most of them would not know that they should give $5 change.  That is just basic math.

Knowing the times table by rote is paramount.  That is simple drilling. Over and over.  So they don’t have to think about it.

The ability to read is so important.  I found that the most important thing with getting kids to read is to have

them read things they like.  A few other things need to go into this.  I don’t believe there is such a thing as dyslexia.  I’m quite sure it all goes to knowing the letters that make up the words and then understanding the meaning of the words.

One of the best books on this is ‘Why Johnny Can’t Read’ by Rudolf Flesch.  You can get it on Amazon.  I would not teach anyone anything about reading/writing without this book.

When my kids were young I made sure they saw me read.  Often.  And I would read to them.  Kids learn largely from mimicry.

Make sure that they really understand phonics. You may have to learn some of this yourself.  There are some great resources online for this: Hooked On Phonics being one of the best.

Reading makes them literate. One of my sons did not like reading until a friend suggested that he read Lord Of The Rings before seeing the movie.  That he would get more out of it.  Once he got started, he couldn’t put those books down.  Coax them.

Writing.  Comes back to knowing letters as building blocks for words.  Don’t constantly correct.  Let them write.  My younger son got very little coaching on this but now writes stories and screenplays.  (And they are

Grammar.  This is important in both reading and writing.  Some schools don’t teach grammar anymore.  To me, that is a damn shame.  Understanding the language helps you communicate.  And the English language is not the simplest one in the world but is the most spoken.  Find a simple text on grammar.

When you are getting your kids to write, do not correct them on their grammar.  You will destroy their creativity.  This will be hard for most parents.  Just don’t do it.  Teach grammar separately - they will get it.  Also, the more that they read and write, the more sense they will make of it all.  So, really, when they are doing creative writing, don’t correct. No spelling error corrections, no grammar corrections.  No fact corrections.

Let them do things themselves.  Let them make mistakes.

Which leads to the next key thing on Home Schooling:

Your child should learn how to research and evaluate data.  Especially now with the internet.  Before the internet, I think it was easier.  Might have been a bit slower but there is sometimes far too much information, now, to wade through.  The key here is getting your kids to question things and not just take things from an ‘authority’:  Parents or teachers or someone on the web that may have a couple of letters after their name or because they are a doctor or politician.

Get your kids to ask, “Do things make sense?”  This can be tricky but will come with practice.  Like a detective digging deeper into that bit that doesn’t make sense.  I do a lot of research on drug use, pharmaceuticals and street drugs, like marijuana. There is so much false information on drugs and what they do.  Some of these ‘facts’ are proven completely false when you dig down.  Give your kids projects like this.  On subject that they are interested, get them to take a basic premise and establish if true or not.

How to actually study:

There are couple of other things that are very important.  I mentioned earlier that I don’t put much stock in the idea of dyslexia.  I’ve heard of people completely turning this idea on its head by making sure that they understand the language better.  No more dyslexia. Starting with the letters of the alphabet. Phonics again.  What they are and how they sound.  If one didn’t know that that letter made that sound, how would her or she ever be able to read.

From that, next step is words.  If they understand the letters and still having problems with reading, there 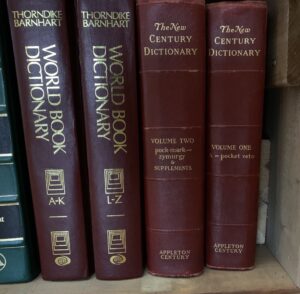 may be words in the material that they don’t understand.  Do not make them guess!  Have a dictionary available that is at the level of the child.  If you decide to just give them a definition, look it up first, or you may be giving them the wrong one.

This understanding the words is way more important than it may look at first.  It can ruin a person’s ability to do. If you want more on this, contact me.  Here is a link to a free course on learning and study:

How to Study   I wouldn't let anyone study anything without this information.  Basic stuff.

One of the most important things in any type of learning, is the desire to learn the thing.  If someone has a passion, just stay out of their way.  Sometimes, one might need to help increase a child’s understanding as to why something is important to learn.  History is a good example of this.  When one understands history, one tends to be able to make fewer mistakes. But that may not be immediately obvious to most kids.

One of my son’s was home schooled early by a family friend for a couple of years, then went to a private school for a couple of years.  Just before he turned 13, he came to me and said, "Dad, I don’t want to go to school anymore.”  My reply was, ‘Fine, don’t go.’  That was the full conversation.  He was interested in movies and the like so I gave him an old video camera that we had and enrolled him in the local theatre.   The camera was one of those big ass things with the full size VHS cassette.  He started making movies.

He would write out a story, call parents of friends and arrange them all to come over on a Saturday.  He would assign each a task.  ‘You’ are the lighting guy, ‘you’ are the main actor, etc.  Film all day. He would, at 13 years old, shoot a scene from 3-4 different angles.  After dinner and everyone gone, he would go to his room and start editing on his Mac.  He might keep going till 2, 3 or even 4 AM to complete something.

I spent most of my time just staying out of his way.  Or encouraging him in any way I could.  He was way beyond me in editing and computer skills.  And he was in 3-4 productions at the local theatre.

I would search out obscure Akira Kurosawa films and the like, for him to watch.  Not that he was necessarily

going to make films like Kurosawa or any other specific one that I showed him, but he got to see work of the best film makers in the world.  At the age of 13/14.

When he asked me for better editing software or something to allow him to create some special effect in one of his films, I would happily give him my credit card. I also thought it was extremely important not to tell him what or how to do what he did.

A few years ago, he got a call from someone that had seen some of his work. They asked him to come to Los Angeles and work as an film editor.  This son is 30 years old now and has several industry awards for his editing skills.

Just keep putting different subjects and objects in front of them.  At some point they will latch onto something.  And go with it.  Often, at the point, it best to keep out of the way.  They will need to learn things to support their activity.

There is nothing wrong with a regimen.  Schedule an hour or two for Reading, Writing and ‘Rithmatic.  Then it is, "What do you want to learn today?”  Make sure there is lots of doing, not just sitting at a desk or table.  And not looking at a screen all day.  Kids really need to be moving about.

There are loads of online resources now; so, I think Home Schooling should be much easier.

Just write these on a wall somewhere:

And the most important ingredient...: Love! As long as you are spending time with them and they know you care, all will be good.